We understand that the default font size on our website may not be suitable for everyone, depending on what device you are using, its screen size / resolution and zoom factor, so we give you this option to adjust the font from 8 point up to 18point. The current font size is pre-selected for you. Please be aware that a cookie will be set so that the website can remember your selection as you navigate through different pages. If you have cookies disabled then this setting will not be remembered.

Not all content on each page will be adjusted based on your selection. Some content will be a fixed size to ensure it displays correctly.

Welcome to the Queensland Telecommunications Museum..

WE ARE RE-OPENING on the 9th of MARCH

We wish to let you all know that we will be re-opening on the 9th of March.

All Visitors are Welcome and we look forward to seeing you all.

The Postal-Telecommunication Historical Society of Queensland Inc was formed in 1952, by a group of Post Office Volunteers dedicated to the preservation of artifacts photographs records and equipment.

Throughout these years many donations of memorabilia have been given to the society for safe keeping so that future generations can be sufficiently informed about the history of this vital utility in the development of the state of Queensland. 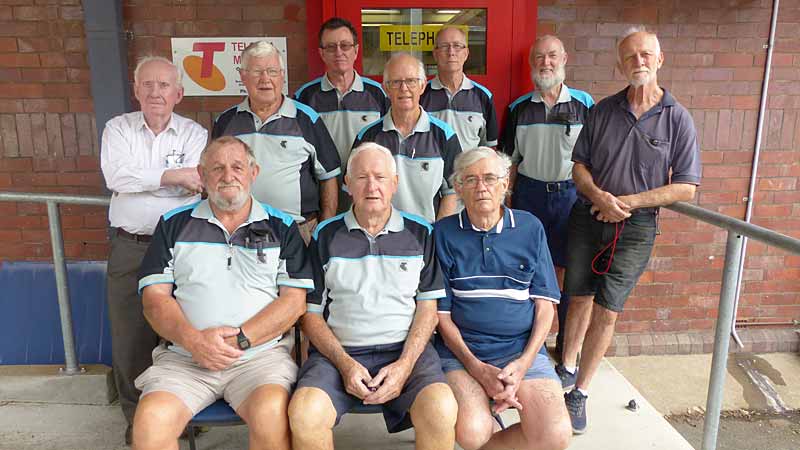 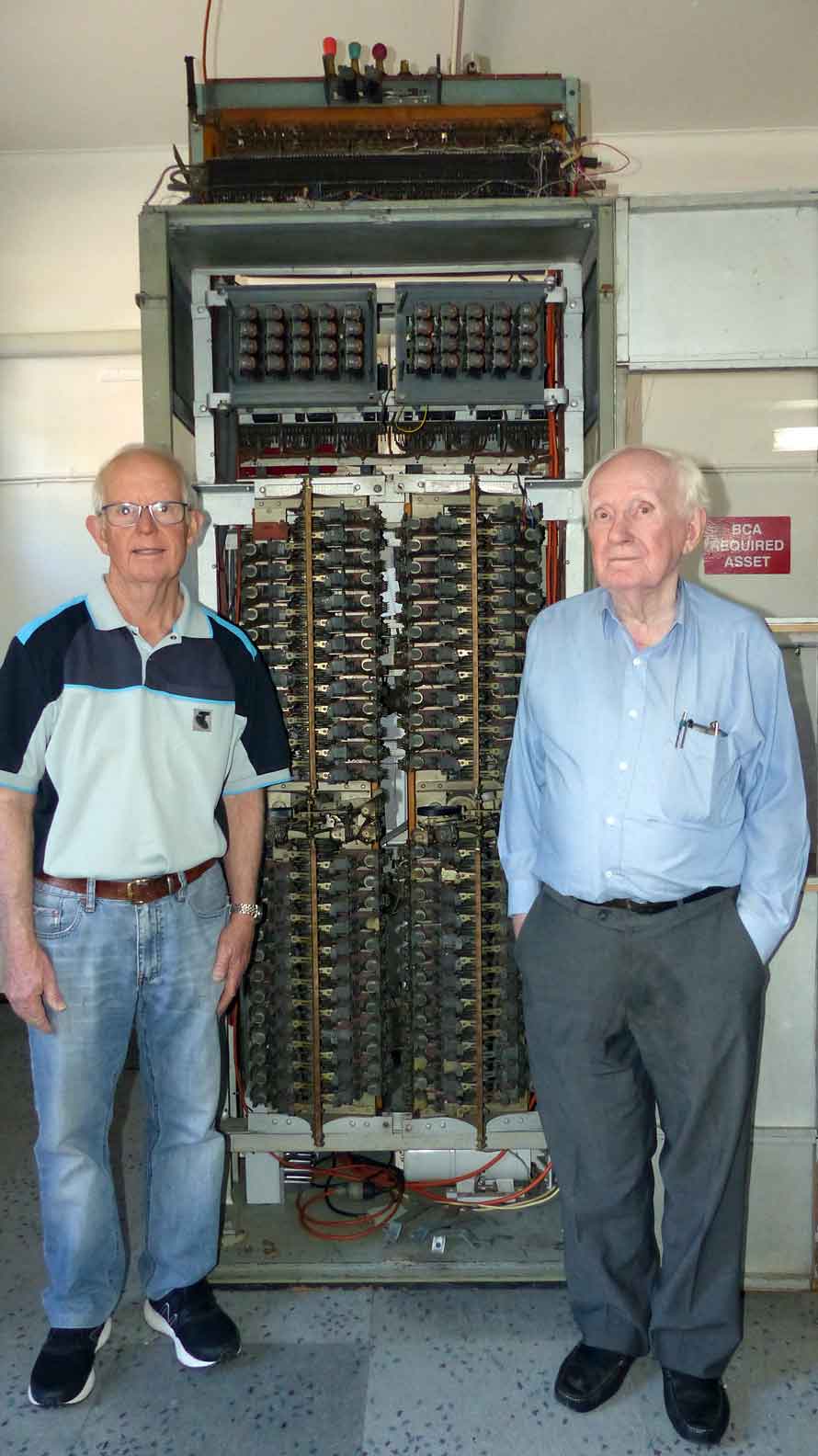 Named after Alexander Keith, the engineer who designed it in 1891, this was the first automatic telephone exchange equipment built by Almon Strowger and manufactured by the Strowger Automatic Telephone Exchange Co, Chicago.

This Uni/Final selector rack was part of the City North Exchange, a 12,000 line exchange servicing Sydney’s inner-city area from 1921 to 1974. In 1974 the customers were cutover to the new Pitt Exchange nearby.

The equipment is the same as what was installed in Australia’s first public automatic telephone exchange installed at Geelong, Victoria in 1912. After it was decommissioned, the “Keith” was packed into a wooden crate and shipped to Nambour Telephone Exchange in Qld. After sitting in Nambour for many years it was discovered by a member of the Brisbane Museum and shipped to Albion, where it sat in a shed for a number of years.

Restoration work began in 2017 with some switches loaned from the Sydney museum, and after two years of volunteer effort, a few adjustments, and some 'oil and dag' it has been brought back to life.

Photo on the left are:
John Campling, and on the right is Leo Molonie. 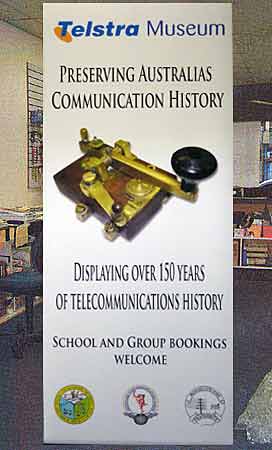 This banner was created to advertise the museum while we are making community presentations to organisations that cannot make it to the museum.

So far we have used it for nursing homes, a public library's heritage group, Salvation Army Women's League and the Scouts JOTA. We have more visits booked.

Our logo depicts the Messenger God Mercury. It is said that he had wings on his feet and helmet, giving him great speed. The root of the idea of Mercury lies in Greek mythology with the messenger god Hermes.

This Page last updated on 8th of November 2021